Jewish funeral rituals and practices are based on Kavod v'Nichum — honoring the deceased and comforting the mourners.

From the moment of death until the burial is complete, the body and soul of the deceased are shown tenderness and respect. By reciting Psalms near the deceased we offer comfort to the soul in transition. The Tahara ritual, which includes washing, purifying and dressing the deceased with prayer and intention, is thought to help the soul separate from the earthly remains. The burial outfit, made of unbleached cotton, sewn by volunteers, symbolizes simplicity, equality and holiness. A simple casket with rope handles does not impede our return to the earth.

The Prague Burial Society, formally called the Chevrah Kadisha Gomle Chasadim, was established in 1564, and the Holy Society of Benevolent Women, caring for deceased women, was formally acknowledged in 1692. With over 10,000 Jews, Prague had the largest Jewish population of any European city at the end of the 17th century. 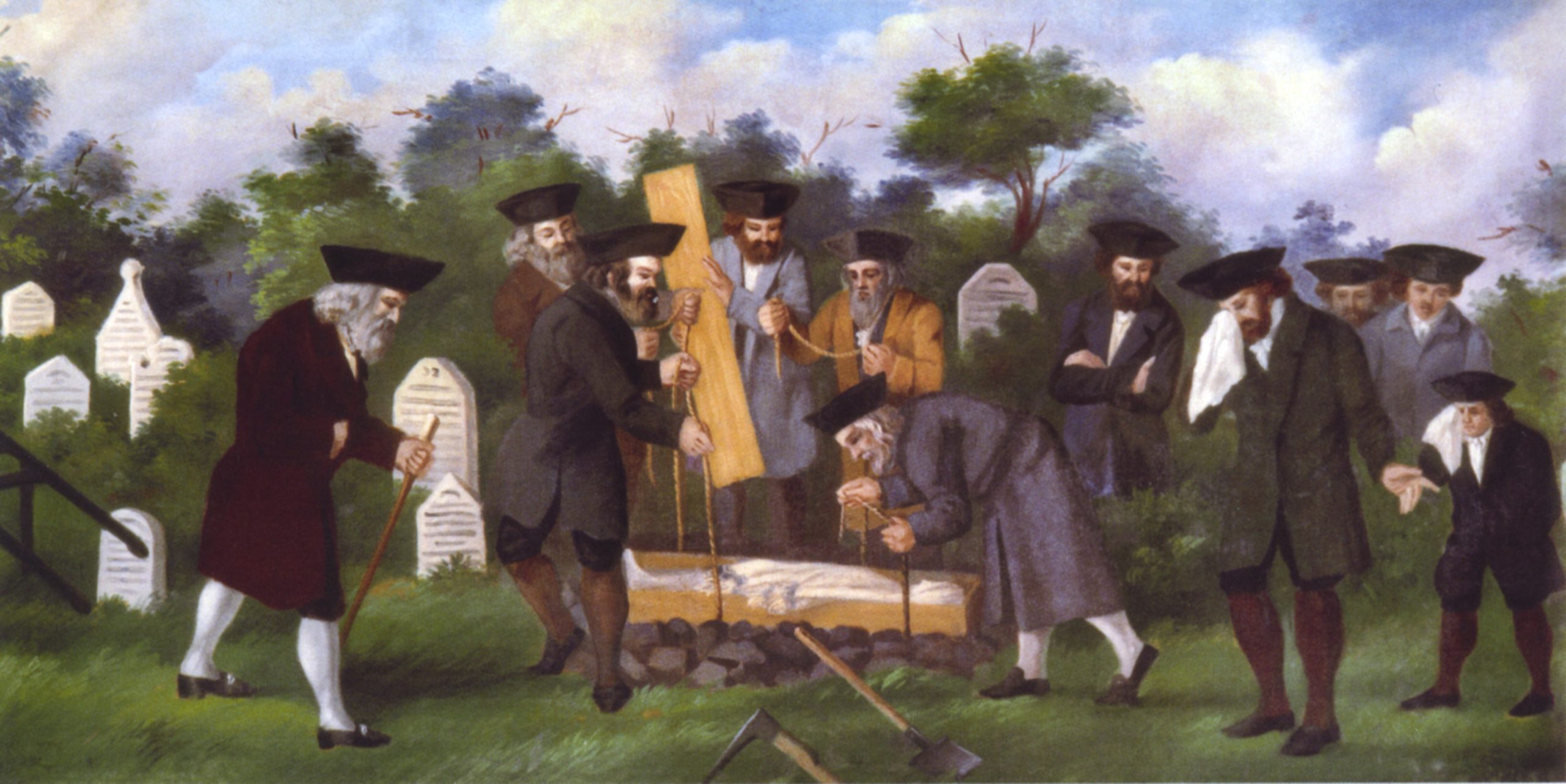 Fifteen of these paintings were created about 1772, with an additional four produced some years later. The paintings are of actual people living at that time, and show the spectrum of functions undertaken by the Burial Society, from visiting the sick, through the cycle of prayers, preparation of the body, memorialization and burial of the deceased, to comforting the mourners.  According to the Talmud, no person may profit from the death of another, so all the profits and donations raised by the Society’s work went for the good of the Jewish community, including a hospital and orphanage, contributions to Talmudic schools, support for the poor, and overseeing the cemeteries.

The iconic cemetery depicted in the original series served the Jewish community of Prague for three centuries beginning in the 1400s. Due to lack of space, soil was added according to Jewish law, so that there are layers upon layers of people buried, creating a mound. As each layer was added, the old headstones were removed and placed on top along with the new ones, giving the cemetery its unusual number of matzevot (tombstones) close to one another.

At the time the paintings were created, the influences of both Christian authorities and the growing popularity of the Enlightenment among Jews had brought criticism of traditional Jewish burial practices. These paintings show that even in the short time between death and burial, each deceased is treated with great dignity, and attention is given to many details that express long-standing values of the Jewish community. As the expression of feelings in the paintings attest, these traditions were not just rote exercises.

The paintings were created to honor those volunteers who held the prestige and respect of being part of the Burial Society, to educate those questioning the value of the traditional ways as well as potential future members and recipients of the services of the Chevrah. The paintings depict death as part of the cycle of life, and provide an invaluable window into the traditions of the time, traditions that are once again increasing in acceptance as we seek meaning, community, and care at the end of life.